Today’s business world is all about delivering solutions for the needs of your customers.
But what if those people don’t know what they need yet? Finding out what your customers want before they even know they want it means you can deliver more than just what people expect, but what they truly desire.

Our philosophy of co-creation means that our clients can actually design their own car; choose materials and colours; define the silhouette of the vehicle and even decide how many doors and windows it has.
Our customers dream of creating the stunning concepts we see each year in Geneva but which never hit the roads. We can make that a reality.

Whether we are creating bespoke, muscular off-roader, reimagining the styling of an existing automotive icon or carrying out a sophisticated interior makeover, ARES Design’s skilled technicians and craftspeople are all housed under one roof and are ready to carry out luxurious modifications to bring your striking concepts to life.

“The work that ARES Design does would not be possible without the right people and partners in place.”

Over the years, ARES has built an incredible team of passionate, industry-leading individuals, as well as a global network of equally committed investors.
Together, they all help deliver co-created, luxury bespoke vehicles of extraordinary quality and panache.

ARES is focused on three core pillars of activity.
Firstly, delivering unique automotive interiors and exteriors. These include the world’s only Coupe version of the Bentley Mulsanne; the matchless ARES X-Raid model based on the Mercedes-Benz G63 AMG; and the ARES Design GT3 for the Porsche Targa concept.
Secondly, transforming classic cars into turnkey, tech-loaded cars that still look like the decades-old original, but with none of the previous reliability issues of ownership. Like, for example, our 1964 Corvette Sting Ray, built on the chassis of a C7. It looks like its come straight off the set of a classic Steve McQueen movie, but it features a raucous 525hp V8 engine, keyless technology, LED halo beams, air conditioning, hi-fi stereo, Bluetooth connectivity and USB port – all sumptuously clothed in red leather and a big, black bonnet.
Thirdly, the resurrection of iconic automobiles; the current ARES halo product here is the modern-day iteration of one of the most popular Italian-American sportscars of all time – the 1970s Pantera – but with a brand new and sensuously svelte body sitting on a modern, Italian supercar.

While studying for his MBA degree in the early ’90s, Dany Bahar began his professional sports marketing career before joining the reputable wealth management company Fritz Kaiser Group in Lichtenstein in 2001, where he took responsibility for some of the company’s most important client accounts, including that of Red Bull owner Dietrich Mateschitz. In 2002, Bahar joined Mateschitz at Red Bull GmbH and was the main driving force behind their corporate business development and branding.
During his time at Red Bull, Bahar lead the successful diversification of the brand into top-level sports, such as Formula 1, NASCAR and football as well as leading the creation of Red Bull Media House.

In 2006 Bahar took on the role of Senior Vice President Commercial and Brand at Ferrari, responsible for worldwide car sales and aftersales. In addition, Bahar oversaw road car and F1 marketing activities, licensing, and merchandising. In 2009 Bahar joined Group Lotus as Chief Executive Officer and remained in charge until June 2012.
During his time Lotus increased sales volume and turnover by 20 per cent and successfully put the brand back on the map.

After leaving Lotus in 2012, Bahar started to split his time between London and Dubai, developed the ARES business plan and founded the company in 2014. In January 2017, following two successful trading years for ARES, Bahar officially opened ARES Design’s new global headquarters in Modena, Italy, a unique facility catering to all processes in the design, development, production and client handover of bespoke handbuilt cars. 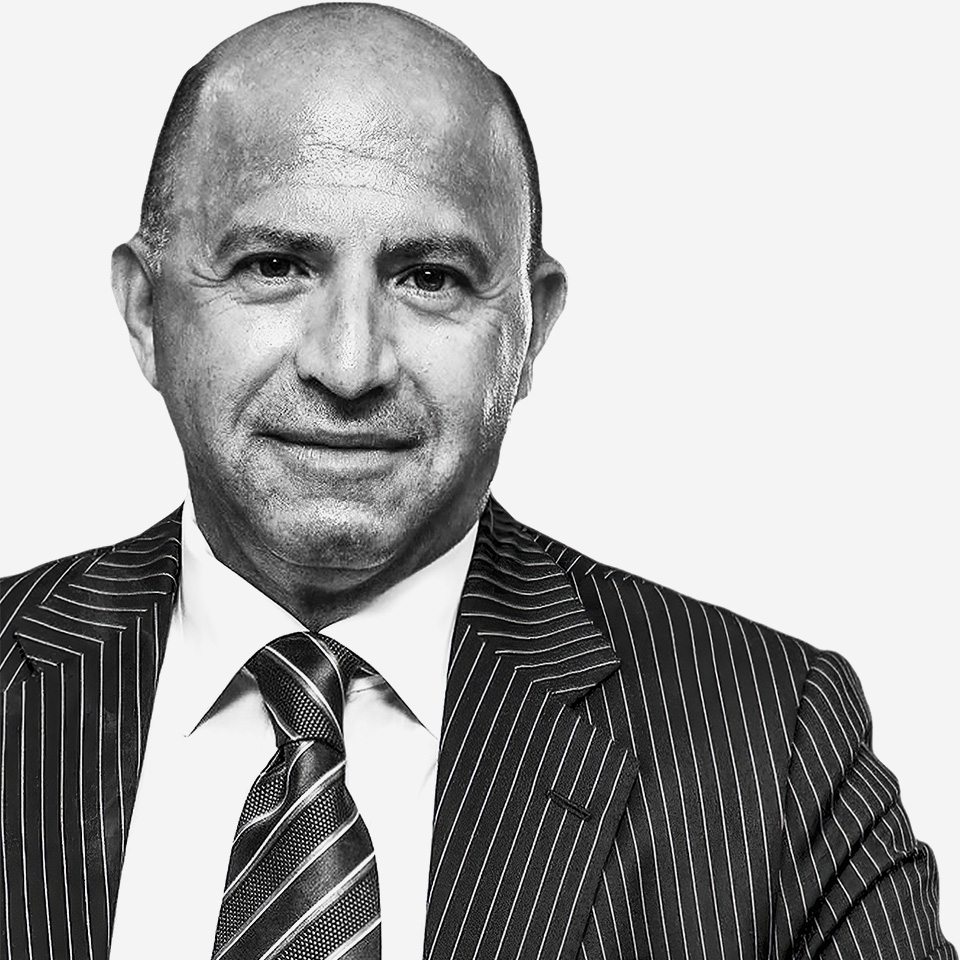 University educated in the UK, Waleed Al Ghafari is a highly-respected business developer and luxury expert. He has a track record spanning over 30 years in diversified markets, including telecommunications and software technology, hospitality and real estate, across North America, Europe and the Middle East.
Between 1983 and 2000, Al Ghafari created highly successful IT businesses in Kuwait and Canada before relocating to Dubai. Since then he has played a crucial role in various merger and acquisition activities as well as initial public offerings.
He secured in excess of $1.4 billion (USD) in capital and business contracts.

In 2001, Al Ghafari founded Dubai Pearl, a world-famous, $3.3 billion dollar real estate project in Dubai, where his expertise gave him an undisputed edge in developing a self-contained city with strong business and hospitality elements.
In partnership with the Kingdom Hotels, he was the Chairman of Dubai Pearl Hotel Company, responsible for creating and developing the high-end hospitality component within Dubai Pearl as well as the Technology Park. He continued to serve on the board until 2008 when he became the Chairman of Digital Planet and the GEE Hospitality Group – positions he still holds to this day.

In addition, in 2004 he was a founding member of the Dubai Film Festival, which continues to be held annually under the patronage of His Highness Sheikh Mohammed Bin Rashid Al Maktoum. From 2005 until 2009 Al Ghafari was also engaged as Regional Consultant with Nokia Networks, securing over $800 million within this time. He joined ARES as Executive Chairman in 2014 and is working closely with ARES co-founder, Dany Bahar, and the senior management to propel the brand forward and secure new business opportunities both in the Middle East and in ARES’s key markets across the globe.

“There are no limits to ARES Design’s authentic, tailor-made upgrades”

ARES can customise vehicles in every way possible thanks to its skill sets in every facet of automotive design.
Whether it is creating unique body modifications to rework a four-door saloon into a two-door coupe or applying performance enhancements to deliver a more visceral, yet refined, sensory driving experience.
From exterior modifications, including carbon fibre and aluminium body work, to engine augmentation and luxurious interiors – ARES Design offers unparalleled expertise in every area.

For customers seeking a unique reimagining of an automotive legend, ARES Design can apply the perfect blend of traditional craftsmanship and modern engineering technologies to breathe new life into a retro icon. The pinnacle of automotive couture, the resurrection of a supercar from the past involves new interpretations of design and style, material compounds and technology.

Classic cars don’t have to be consigned to the past. ARES Design can bring a classic automotive icon bang up to date, with thoroughly modern mechanics, safety systems and the kind of connectivity that we are all used to in the modern world. And all without the reliability woes that previously came with classic car ownership.